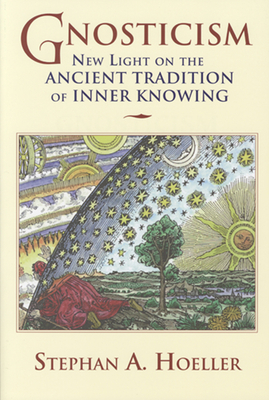 By Stephan A. Hoeller


Available to Order - Usually Arrives in Our Store in 4 to 7 Days
Gnosticism developed alongside Judeo-Christianity over two thousand years ago, but with an important difference: It emphasizes, not faith, but direct perception of God--Gnosticism being derived from the Greek word gnosis, meaning "knowledge." Given the controversial premise that one can know God directly, the history of Gnosticism is an unfolding drama of passion, political intrigue, martyrdom, and mystery. Dr. Hoeller traces this fascinating story throughout time and shows how Gnosticism has inspired such great thinkers as Voltaire, Blake, Yeats, Hesse, Melville, and Jung.
Dr. Stephan A. Hoeller is the author of The Gnostic Jung and the Seven Sermons to the Dead, Freedom: Alchemy for a Voluntary Society, and The Royal Read: A Manual of Kabbalistic Meditations on the Tarot. He is associate professor of comparative religions at the College of Oriental Studies in Los Angeles, an organization interested in Jungian psychology, the Kabbalah, Tarot, classical Gnosticism, myth, and literature. Born in Hungary, he graduated from the University of Innsbruck in Austria. He resides in Hollywood, California.