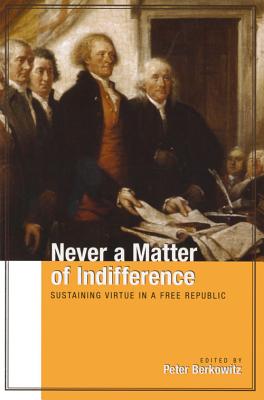 In this first book generated by the Hoover Institution's Initiative on American Individualism and Values, the contributors reveal how, over the last several decades, public policy in the United States has weakened the institutions of civil society—which play a critical role in forming and sustaining the qualities of mind and character crucial to democratic self-government.

•How we deal with the tension between liberty (doing what you want) and virtue (doing what you ought)
•How the upheavals of the 1960s transformed liberalism in a "religion of rights," undermining individual freedom by demanding unbending fidelity to a political agenda
•The impact of civic associations on our virtues and values—and why the government must resist conscripting them and find a way to preserve their independence
•How public schools have come to have a negative influence on students' virtues and values—and why neither public nor private schools can replace or compensate for the education of character that takes place outside of school, particularly in the family
•Why marriage and the family today run contrary to our natures and thus are in a state of disarray—and how specific public policies can strengthen marriage

Although no individual author agrees with every observation and every assertion in every essay, they are united in believing that the defense of liberty in our day requires rethinking the complex relation between a citizen's character, civil society, and government.

Peter Berkowitz is the Tad and Dianne Taube Senior Fellow at the Hoover Institution, where he chairs the Koret-Taube Task Force on National Security and Law. He was cofounder and director of the Israel Program on Constitutional Government, has served as a senior consultant to the President's Council on Bioethics, and is a member of the Policy Advisory Board at the Ethics and Public Policy Center.