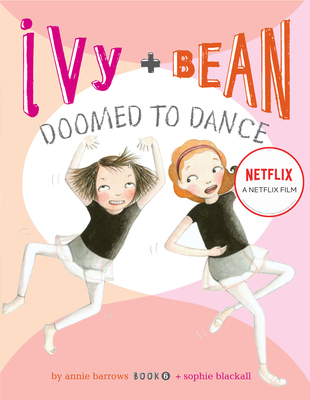 This is book number 6 in the Ivy & Bean series.

A Netflix Original Film Series
A New York Times Bestselling Series
Over 8 Million Copies Sold
Finally! After months of begging their parents for ballet lessons, Ivy and Bean finally get what they want . . . well, not exactly. Much to their surprise, it turns out ballet lessons do not cover karate chops and roundhouse kicks. The girls have no interest in learning how to dance gracefully, but they promised their parents they would finish the entire balletcourse! When it comes time for Ivy and Bean to participate in the ocean-themed class recital, the girls must figure out a way to get out of it without breaking their promises.
Annie Barrows is the author of many books for adults, including the bestselling The Guernsey Literary and Potato Peel Pie Society, but Ivy and Bean is her first series for kids. She lives in Northern California with her husband and two daughters.

Sophie Blackall is an Australian illustrator whose previous books include Ruby's Wish and Meet Wild Boars. She lives in Brooklyn, New York.