The Secret of Rover (Hardcover) 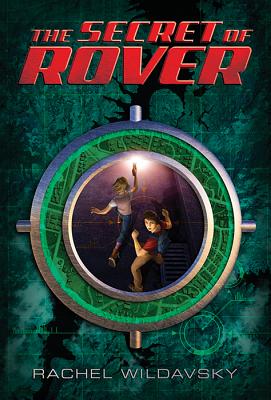 The Secret of Rover follows the clever and resourceful twins Katie and David as they race across country in their attempt to outwit an international team of insurgents who hold their parents and baby sister captive in a foreign land.


Held hostage because they invented a spy technology called Rover that can locate anyone in the world, Katie and David’s parents are in grave danger. Now, it’s up to Katie and David to rescue them. But first they must find their reclusive uncle, whom they have never met—the only person they know who can help them.


This page-turning story from a debut author with insider knowledge of Washington is fun, suspenseful, and convincingly real.

Praise for The Secret of Rover
*STARRED REVIEW*
“David and Katie’s relationship is realistically and amusingly portrayed in all its sibling rivalry and friendship. Fun, intelligent, political page-turner.” –School Library Journal, starred review

“One of the drawbacks of young-adult fiction these days is that compelling stories, well told, so often include both expletives and depictions of dark unpleasantness that many parents would rather their teenagers not encounter. Rachel Wildavsky's The Secret of Rover offers a considerably gentler degree of tension for children. Somehow, even as the action heads toward its big conclusion, it all happens without expletives.” –Wall Street Journal

“As if a road trip without any money isn't exciting enough, escape from demented villains ups the ante in this survival tale with international-spy overtones. Sort of a 24 for middle-grade readers. Fans of spy stories and political intrigue will find plenty to appreciate here…” –Kirkus Reviews

“Kids making the transition from series mysteries to more sophisticated thrillers will do well by this suspenseful and age-appropriate drama.” –Bulletin of the Center for Children’s Books

“Let’s hope that the sequel won’t be so long in appearing, because children need more first class books to read.” –The Washington Examiner

“Wildavsky spins a yarn that’s tight and compelling, balancing high-stakes jeopardy (escaping kidnappers in a high-speed car chase) with more basic, earthy troubles (what to eat and where to go to the bathroom). Carefully placed bread crumbs will satisfy young mystery enthusiasts, while the sweet, detailed portrait of a tightly knit family will widen this title’s appeal.” –Booklist

Rachel Wildavsky is a former journalist who has written for the Washington Post and the Wall Street Journal, among many other publications. She has also worked for the White House under two presidents. Today she works for a private educational philanthropy. She lives outside Washington, DC, with her husband and their three children.