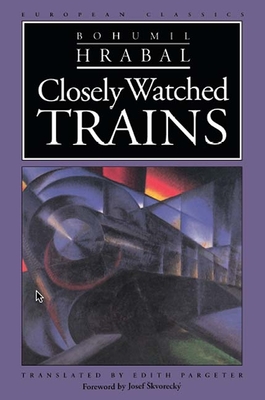 By Bohumil Hrabal, Edith Pargeter (Translated by)
$17.00
Warehouse Out of Stock

Hrabal's postwar classic about a young man's coming of age in German-occupied Czechoslovakia is among his most popular works. Milos Hrma is a timid railroad apprentice who insulates himself with fantasy against a reality filled with cruelty and grief. After receiving acclaim as a novel, Closely Watched Trains was made into a successful film that won the Academy Award for Best Foreign Film of 1967.

"Hrabal shows an offbeat, original mind, a fey imagination, and a sure hand in constructing his tales." —New York Times Book Review

"An old, beloved classic . . . Hrabal is one of the greatest and most inventive Czech writers living today." —World Literature Today