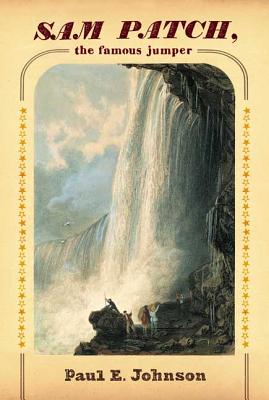 The true history of a legendary American folk hero

In the 1820s, a fellow named Sam Patch grew up in Pawtucket, Rhode Island, working there (when he wasn't drinking) as a mill hand for one of America's new textile companies. Sam made a name for himself one day by jumping seventy feet into the tumultuous waters below Pawtucket Falls. When in 1827 he repeated the stunt in Paterson, New Jersey, another mill town, an even larger audience gathered to cheer on the daredevil they would call the "Jersey Jumper." Inevitably, he went to Niagara Falls, where in 1829 he jumped not once but twice in front of thousands who had paid for a good view.

The distinguished social historian Paul E. Johnson gives this deceptively simple story all its deserved richness, revealing in its characters and social settings a virtual microcosm of Jacksonian America. He also relates the real jumper to the mythic Sam Patch who turned up as a daring moral hero in the works of Hawthorne and Melville, in London plays and pantomimes, and in the spotlight with Davy Crockett-a Sam Patch who became the namesake of Andrew Jackson's favorite horse.

In his shrewd and powerful analysis, Johnson casts new light on aspects of American society that we may have overlooked or underestimated. This is innovative American history at its best.

Paul E. Johnson, professor of history at the University of South Carolina, is the author of A Shopkeeper's Millennium, Sam Patch, the Famous Jumper and coauthor, with Sean Wilentz, of The Kingdom of Matthias. He lives in Columbia, South Carolina, and Onancock, Virginia.

“Nudged forward by Paul Johnson's consummate storytelling, the reader plunges headlong into the raging torrents of antebellum America, where manly artisans thrash about with scheming capitalists, incorrigible wastrels with prim reformers. Having taken the leap, the reader will find, as did Sam Patch, that you cannot go back. This is a wonderful, clever book.” —Mark C. Carnes, Ann Whitney Olin Professor of History, Barnard College, Columbia University

“With this little masterpiece, Paul Johnson proves yet again that he is one of the greatest artists currently writing history anywhere. Scholar, stylist, and intellectual daredevil, Johnson brings to life a forlorn and intrepid American hero--and an entire era in our past--while operating at the highest levels of subtlety, wit, and seriousness. Sam Patch, the Famous Jumper contains the kind of genius one expects from fine literature as well as from fine history. It is stunning.” —Sean Wilentz, Princeton University

“On Friday, November 13, 1829, a cheering crowd watched a drunken factory hand named Sam Patch step bravely off the top of Genesee Falls at Rochester, New York--and vanish into legend. In this compact masterpiece of historical detective work, Paul E. Johnson manages both to bring this unlikely early American hero back to vivid life, and to say a good many fresh and provocative things about Jacksonian America, the industrial revolution and the cult of celebrity.” —Geoffrey C. Ward, author of A First-Class Temperament: The Emergence of Franklin D. Roosevelt