Me, Who Dove Into the Heart of the World (Hardcover) 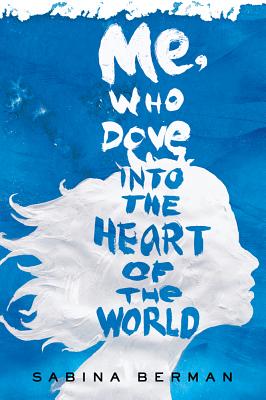 Me, Who Dove Into the Heart of the World (Hardcover)

A transporting and brilliant novel narrated by an unforgettable woman: Karen Nieto, an autistic savant whose idiosyncrasies prove her greatest gifts

As intimate as it is profound, and as clear-eyed as it is warmhearted, "Me, Who Dove into the Heart of the World" marks an extraordinary debut by the award-winning Mexican playwright, journalist, and poet Sabina Berman.

Karen Nieto passed her earliest years as a feral child, left alone to wander the vast beach property near her family's failing tuna cannery. But when her aunt Isabelle comes to Mexico to take over the family business, she discovers a real girl amidst the squalor. So begins a miraculous journey for autistic savant Karen, who finds freedom not only in the love and patient instruction of her aunt but eventually at the bottom of the ocean swimming among the creatures of the sea. Despite how far she's come, Karen remains defined by the things she "can't "do until her gifts with animals are finally put to good use at the family's fishery. Her plan is brilliant: Consolation Tuna will be the first humane tuna fishery on the planet. Greenpeace approves, fame and fortune follow, and Karen is swept on a global journey that explores how we live, what we eat, and how our lives can defy even our own wildest expectations.

Sabina Berman is a four-time winner of the Mexican National Theatre Prize for her plays; she also writes filmscripts, poetry, prose, and journalism, and has published several novellas. "Me, Who Dove into the Heart of the World," which will be published in twenty-five territories, is her first novel. She lives in Mexico. Lisa Dillman teaches in the Department of Spanish and Portuguese at Emory University and has translated numerous works of fiction by Argentine, Mexican, Catalan, and Spanish writers. She lives in Decatur, Georgia.

"Remarkable . . . a poetic and beautifully written novel that engages with human emotions and humanity's connectedness with nature. . . Both the plot and the language of this book are totally enthralling. It's one of those books that you have to disentangle from every time you set it down - it's so easy to become part of Karen's world, where ideas and relationships are 90 degrees different from the world most of us inhabit. It's also a beautiful treatise on nature's importance to humans of all kinds, even those justifiably called "Miss Different Abilities."" -- about.com

"Transporting and delightful . . . Berman’s clear prose pulls the reader into another kind of mind, one capable of diving deep into nature and its many-shaped soul." – Orion Magazine

"To Charm You: In Berman’s magical fiction debut, Karen, the autistic heir to a fishery, is encouraged by a kindly aunt to use her savant gifts to save the family business.  A gem." -- Good Housekeeping
“A Mexican poet and journalist crafts a revealing debut novel about youth, food, the environment and the human spirit. Tall order.” – The Denver Post  “ME, Who Dove into the Heart of the World is a beautifully written, emotionally affecting debut featuring a protagonist whose "different abilities" include surprising and charming the reader.” – Shelf Awareness

“Enthralling. . . . Berman explores big philosophical questions about the ethical relationship between people and animals.  But there are no sermons here, just a hymn to the sacred connection among all species.”—O, The Oprah Magazine “Profound … Sabina Berman provides a sensible and innovative way to look at who and what we are.” – Washington Independent Review of Books “[Berman’s] light touch and subtle humor. . . elevates what could be a simple storyline into an engaging tale of compassion for animals, people and self.” – Miami Herald “[A]n assured and satisfying debut.. . Ideas perfume the narrative as thoroughly as wine does stew.” – Kirkus “Berman is one of the most celebrated modern writers in the Spanish language. . . [her] use of the first-person narrative effectively entangles the reader. . . Both humorous and touching, this novel ultimately questions whether words are things in or about the world.” – Library Journal "[An] entrancing debut...The unique voice--lyrical and questioning, is powerful enough to carry the story, but the conservation plot line adds an extra boost." --Publishers Weekly "Gifted Mexican playwright and novelist Sabina Berman's Me, Who Dove Into the Heart of the World has won my heart, and will yours.  This untamed, disarming wild child who sits on the beach of a Mexican fishing village, shouting at the sea, slowly learns to explore and fully inhabit her intensely felt universe.  Karen Nieto, who progresses from inarticulate niece, to tuna boathand, scuba diver, college savant, marine ecologist, business tycoon, world traveler – and, yes, even total failure – offers her readers an unforgettable glimpse of the delights, the comedy and the heartbreak each of us ultimately experiences as we dive into the heart of the tenuous, ever-changing world." –Laura Esquivel, author of Like Water for Chocolate  "A brilliant revelation of a story..."–Rolling Stone (Mexico)
“A novel of extraordinary sensitivity...it will move you more than you can imagine.”–El Mundo (Spain)
"Little by little, without our realizing it, this haunting book leads us to a jarring question: Can it be that first we simply are, and only later we think?  Our heroine Karen Nieto responds with a resounding Yes! For whether or not we're aware of it, first and foremost we exist, and then we think." –Alejandro González Iñárritu, Academy Award-nominated director of Babel and 21 Grams
“She’s stolen my heart.  Rebellious, misunderstood, gifted.  I can’t get her out of my head.  An unforgettable tale about the freedom to be different.” –Ana María Matute, winner of the Cervantes Prize (2010) and author of Celebration in the Northwest