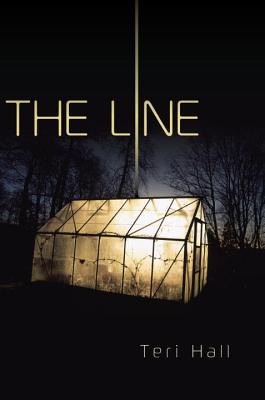 By Teri Hall
Please email or write store for pricing and availability information.
Hard to Find

An invisible, uncrossable physical barrier encloses the Unified States. The Line is the part of the border that lopped off part of the country, dooming the inhabitants to an unknown fate when the enemy used a banned weapon. It’s said that bizarre creatures and superhumans live on the other side, in Away. Nobody except tough old Ms. Moore would ever live next to the Line.

Nobody but Rachel and her mother, who went to live there after Rachel’s dad died in the last war. It’s a safe, quiet life. Until Rachel finds a mysterious recorded message that can only have come from Away. The voice is asking for help.

Who sent the message? Why is her mother so protective? And to what lengths is Rachel willing to go in order to do what she thinks is right?

View our classroom guide for The Line by Teri Hall

Teri Hall is the author of The Line and Away. She lives in Washington with two cats and a dog.

"The Line took me 'away' in one page- turning gulp. Seamless, smooth, and compellingù I can't wait for the next installment. This is a new author to keep an eye on." -Mary E. Pearson, author of The Adoration of Jenna Fox