The Friends of Pancho Villa (Paperback) 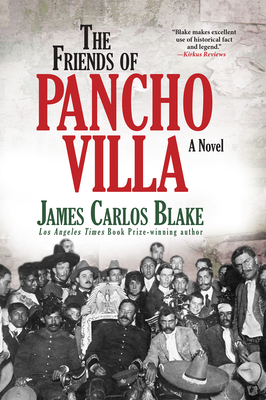 By James Carlos Blake
Please email or write store for pricing and availability information.
Special Request - May Not Be Available

With his debut novel on legendary Texas outlaw John Wesley Hardin, The Pistoleer, James Carlos Blake demonstrated a rare talent for western and historical fiction. His second book, The Friends of Pancho Villa, now back in print, further proved his mastery in the genre, taking on an even mightier figure of North American legend--the most memorable leader of the Mexican Revolution. Violently waged from 1910 to 1920, the revolution profoundly transformed Mexican government and culture. And Pancho Villa was its "incarnation and its eagle of a soul"--so says Rodolfo Fierro, the novel's narrator, an ex-con, train robber, and Villa's loyal friend. Killers of men and lovers of life, the revolutionaries fought for freedom, for a new Mexico, for Villa. And in return, they shared victory and death with their country's most powerful hero. The Friends of Pancho Villa is a masterpiece of ferocious loyalty, bloody revolution, and legends that live forever.

James Carlos Blake is the author of twelve novels. He is a member of the Texas Institute of Letters and a recipient of the Los Angeles Times Book Prize for In the Rogue Blood. He was born in Mexico, raised in Texas, and now lives in Arizona.