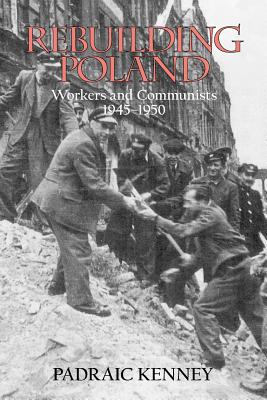 The first book to examine the communist takeover in Poland from the bottom up, and the first to use archives opened in 1989, Rebuilding Poland provides a radically new interpretation of the communist experience. Padraic Kenney argues that the postwar takeover was also a social revolution, in which workers expressed their hopes for dramatic social change and influenced the evolution--and eventual downfall--of the communist regime.Kenney compares L dz, Poland's largest manufacturing center, and Wroclaw, a city rebuilt as Polish upon the ruins of wartime destruction. His account of dramatic strikes in the textile mills of L dz shows how workers resisted the communist party's encroachment on factory terrain and its infringements of worker dignity. The contrasting absence of labor conflict among migrants in the frontier city of Wroclaw holds important clues to the nature of stalinism in Poland: communist power was strongest where workers lacked organizational ties or cultural roots. In the collective reaction of workers in L dz and the individualism of those in Wroclaw, Kenney locates the beginnings of the end of the communist regime. Losing the battle for worker identity, the communists placed their hopes in labor competition, which ultimately left the regime hostage to a resistant work force and an overextended economy incapable of reform.

Padraic Kenney is Professor of History at the University of Colorado, Boulder. He is the author of A Carnival of Revolution: Central Europe, 1989 and editor of Transnational Moments of Change and Partisan Histories.