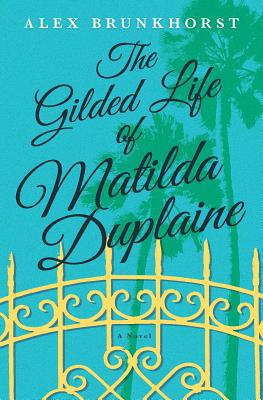 By Alex Brunkhorst
Please email or write store for pricing and availability information.
Hard to Find

“As Thomas walked into Lily Goldman's antiques shop, he had no idea that his life was about to change completely. Assigned to write about Lily's deceased father, a famous film industry mogul, Thomas meets a host of fabulously wealthy and eccentric people and quickly becomes a part of their privileged lives. Things get complicated when he meets Matilda, daughter of the most powerful man in Los Angeles, who has kept her confined to their estate her whole life. Thomas' journalistic instincts kick in as he is enchanted by Matilda and he soon uncovers the many secrets these powerful people would rather not have revealed. This book is the definition of a page-turner: filled with romance, mystery, and great writing.”
— Lori-Jo Scott (M), Island Bookstore, Kitty Hawk, NC

Family secrets. Forbidden love. And the true price of wealth. The story begins with a dinner party invitation... When young journalist Thomas Cleary is sent to dig up quotes for the obituary of a legendary film producer, the man's eccentric daughter offers him access to the exclusive upper echelons of Hollywood society. As Thomas enters a world of private jets and sprawling mansions, his life and career take off beyond his wildest dreams. Then he meets Matilda Duplaine. Beautiful and mysterious, Matilda has spent her entire life within the walls of her powerful father's Bel-Air estate. Thomas is entranced, and the two begin a secret love affair. But the more he learns about the mysterious woman's identity, the more he realizes that privilege always comes with a price.