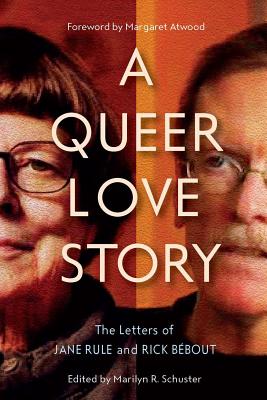 A Queer Love Story presents the first fifteen years of letters between Jane Rule – novelist and the first widely recognized “public lesbian” in North America – and Rick Bébout, journalist and editor with the Toronto-based Body Politic, an important incubator of LGBT thought and activism. Rule lived in a remote rural community on Galiano Island in British Columbia but wrote a column for the magazine. Bébout resided in and was devoted to Toronto’s gay village. At turns poignant, scintillating, and incisive, their exchanges include ruminations on queer life and the writing life even as they document some of the most pressing LGBT issues of the ’80s and ’90s, including HIV/AIDS, censorship, and state policing of desire.

Marilyn R. Schuster was the Andrew W. Mellon Professor in the Humanities at Smith College and is the author of Passionate Communities: Reading Lesbian Resistance in Jane Rule's Fiction.