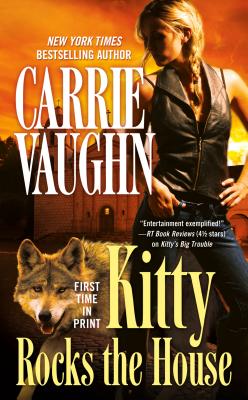 This is book number 11 in the Kitty Norville series.

On the heels of Kitty's return from London, a new werewolf shows up in Denver, one who threatens to split the pack by challenging Kitty's authority at every turn. The timing could not be worse; Kitty needs all the allies she can muster to go against the ancient vampire, Roman, if she's to have any hope of defeating his Long Game. But there's more to this intruder than there seems, and Kitty must uncover the truth, fast. Meanwhile, Cormac pursues an unknown entity wreaking havoc across Denver; and a vampire from the Order of St. Lazaurus tempts Rick with the means to transform his life forever.

“Vaughn's trademark sense of humor continues to distinguish this urban fantasy series, and the seamless integration of a variety of paranormal creatures (including vampires, werewolves, and shape-shifters) in the everyday world is entertaining….” —Library Journal on Kitty’s Greatest Hits

“Pick up Kitty's Greatest Hits. You'll love the stories if you're already a fan of the series and if you're just interested in finding out what the fuss is about, this book will give you a visual taste of what happens in Kitty's world.” —SFRevu.com

“These side stories set in the world of Vaughn's paranormal novels are all well written and tightly plotted. . . The crowning novella, "Long Time Waiting," will leave readers hoping for Cormac to get a full novel of his own.” —Publishers Weekly, on Kitty's Greatest Hits

“What makes Vaughn's terrific stories really pop is how she manages to combine outright thrills with an offbeat sense of humor and then mesh it with Kitty's dogged determination. The result--entertainment exemplified!” —RT Book Reviews, 4½ stars Top Pick! on Kitty's Big Trouble