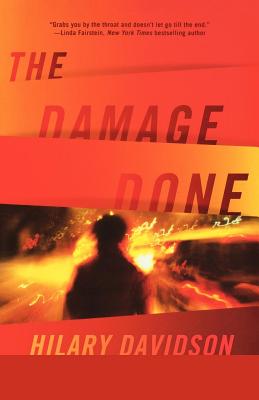 By Hilary Davidson
$25.99
Available to Order - Usually Arrives in Our Store in 4 to 7 Days

Lily Moore fled to Spain to get away from her troubled, drug-addicted younger sister, Claudia. When Claudia is found dead in a bathtub on the anniversary of their mother's suicide, Lily must return to New York to deal with the aftermath.

The situation shifts from tragic to baffling when the body at the morgue turns out to be that of a stranger who had been using Claudia's identity. The real Claudia had vanished months earlier, reappearing briefly on the day the impostor died. As Claudia transforms from victim to suspect in the eyes of the police, Lily becomes determined to find her before they do.

Is Claudia actually missing or is she playing an elaborate con game? And who's responsible for the body in the tub? Determined to learn the truth at any cost, Lily is unprepared for the terrible toll it will take on her and those she loves

"Grabs you by the throat and doesn't let go till the end."—Linda Fairstein, New York Times bestselling author, on The Damage Done

Hilary Davidson is the author of several novels of mystery and noir including The Damage Done, The Next One to Fall, and Evil in All Its Disguises. Davidson  won the Anthony Award for Best First Novel for The Damage Done. The book also earned a Crimespree Award and was a finalist for the Arthur Ellis and Macavity awards. Davidson’s widely acclaimed short stories have been featured in publications from Ellery Queen to Thuglit, and in many anthologies. A Toronto-born travel journalist and the author of eighteen nonfiction books, she has lived in New York City since October 2001.

“Grabs you by the throat and doesn't let go till the end.” —Linda Fairstein, New York Times bestselling author

“[A] razor sharp mystery debut… Davidson offers a great portrait of sisterly love, despite a dysfunctional past, as well as a highly satisfying mystery.” —Publishers Weekly

“A tale of nonstop action with a nice final twist.” —Booklist

“An intriguing psychological mystery with a fully drawn protagonist who is surrounded by real characters who either care for her or who want her to fit their idea of who she should be. Readers will eagerly await Davidson's next book.” —Library Journal

“Likeable characters, a good puzzle and an excellent sense of place. Hilary Davidson is one to watch.” —Margaret Cannon, The Globe & Mail