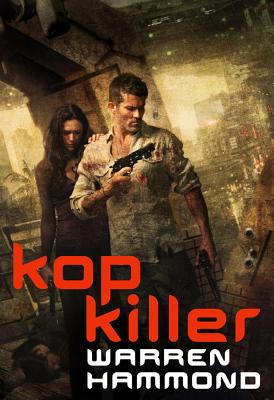 Juno Mozambe once had a life. That was when he was a dirty cop, married to a woman who suffered such profound abuse that she murdered her vile, drug kingpin father. Juno loved his wife and did his best to help her survive her guilt, her drug habit, and her desire to end her life on the dead-end planet of Lagarto.

When she died, however, Juno's life went downhill. And then his first partner, the corrupt chief of the Koba Office of Police, was murdered. The man responsible, Emil Mota, is using the KOP for his personal gain. Juno has been laying low, but now he's ready to do whatever it takes to take down the bastard.

Rather than working from inside the system, he's decided that the only way to take down the KOP is to create an independent base of power. So he gets involved with a team of dirty cops and starts working as a rent-a-thug for a whorehouse that needs protection.

Juno's last partner knows that his risky plan has a purpose, but she's that rarest of creatures on the hothouse planet of Lagarto: an honest cop. She can't help him.

When Juno discovers a series of profoundly twisted murders, he faces a bleak possibility: in his desperate quest for vengeance against the man who targeted him for death, Juno may have placed himself beyond any hope of redemption....

WARREN HAMMOND is the author of two previous books, KOP and Ex-KOP, which was hailed by The Denver Post as "an addictively readable mix of hard-boiled detective and science fiction." Hammond lives with his wife in Denver, Colorado, where he is currently developing a new mystery/noir series.

“The best SF Noir since Richard K. Morgan. Gritty and gruesome with the punch of a high-velocity bullet.”  —Kat Richardson