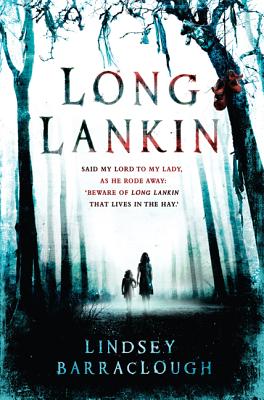 By Lindsey Barraclough
Please email or write store for pricing and availability information.
Hard to Find

In an exquisitely chilling debut novel, four children unravel the mystery of a family curse — and a ghostly creature known in folklore as Long Lankin.

When Cora and her younger sister, Mimi, are sent to stay with their elderly aunt in the isolated village of Byers Guerdon, they receive a less-than-warm welcome. Auntie Ida is eccentric and rigid, and the girls are desperate to go back to London. But what they don’t know is that their aunt’s life was devastated the last time two young sisters were at Guerdon Hall, and she is determined to protect her nieces from an evil that has lain hidden for years. Along with Roger and Peter, two village boys, Cora must uncover the horrifying truth that has held Bryers Guerdon in its dark grip for centuries — before it’s too late for little Mimi. Riveting and intensely atmospheric, this stunning debut will hold readers in its spell long after the last page is turned.

Lindsey Barraclough was born in Essex, England, and has worked as a music teacher. Long Lankin is her first novel. She lives in London.

Like all the best scary stories, this will haunt readers well after the tale has been told, leaving teens who have long thought themselves too old for the bogeyman double-checking the locks on their doors.
—Bulletin of the Center for Children's Books (starred review)

This atmospheric, pulse-pounding debut makes the most of its rural, post–World War II setting, a time and place where folklore uneasily informs reality. Barraclough controls her narrative with authority, shifting voices and tenses to provide both perspective and the occasional welcome respite from tension. . .A good, old-fashioned literary horror tale for sophisticated readers.
—Kirkus Reviews (starred review)

This debut horror story set in Britain during the late 1940s starts slowly but weaves a chilling spell that will immerse readers in this world and hold them through to the breathless conclusion. . . .A spine-tingling selection.
—School Library Journal

This is a story to get lost in: the gloomy, rain-soaked atmosphere recalls Wilkie Collins’ THE WOMAN IN WHITE... Those who appreciate old-fashioned chillers will be rewarded by incident after unsettling incident: witchcraft, exorcisms, fire, plagues, and a blood-drinking murderer who walks on all fours.
—Booklist

This title is a winner for young horror aficionados.
—VOYA

The novel maintains a spooky atmosphere and some of the details could creep out the most adult of us.
—Library Media Connection

Genuinely suspenseful and eerie, "Long Lankin" is a stunning debut by an author with a wonderful feel for things that go bump in the night, and the courage it takes to shine a light on them.
—Virginian-Pilot

Long Lankin is an intense journey that is carefully paced and wonderfully dark.
—Shelf Awareness for Readers