Herb Brooks: The Inside Story of a Hockey Mastermind (Paperback) 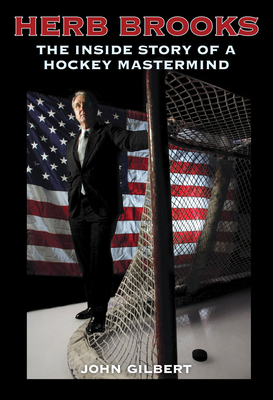 By John Gilbert
$17.99
Available to Order - Usually Arrives in Our Store in 4 to 7 Days

The U. S. hockey team’s victory at the 1980 Olympics was a “Miracle on Ice”--a miracle largely brought about by Herb Brooks, the legendary coach who forged that invincible team.  Famously antagonistic toward the press at Lake Placid, Brooks nonetheless turned to sportswriter John Gilbert after each game, giving his longtime friend and confidant what became the most comprehensive coverage of the ’80 team.  This book is Gilbert’s memoir of Brooks.  Neither strictly biography or tell-all exposé, Herb Brooks:  The Inside Story of a Hockey Mastermind is the story of an extraordinary man as it emerged in the course of a remarkable friendship.

John Gilbert has been around sports his entire life. The son of the late Wally Gilbert, Duluth's greatest athlete (Brooklyn Dodgers, Duluth Eskimos, pre-NBA pro basketball, and Duluth curling), he has written about hockey at all levels. A former Minneapolis Star Tribune writer, Gilbert now reports for various magazines and radio stations. He continues to play amateur baseball in his attempt to avoid reaching retirement age.