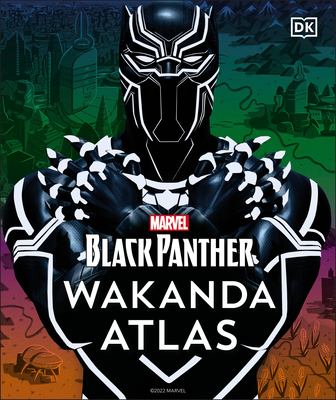 
Available to Order - Usually Arrives in Our Store in 4 to 7 Days
Uncover the mysteries of Black Panther’s Wakanda.

From the Golden City, Birnin Zana, to the mountainous Jabari-Lands and even beyond space and time to the intergalactic Planet Bast, this book charts Wakanda and its key locations as never seen before.

With stunning new artwork by celebrated artists alongside authoritative commentary, discover illuminating insights into the importance of these locales for T’Challa, Shuri, the Dora Milaje, and the wider Marvel Universe.

- Authoritative essays endorsed by Marvel that explore the different locations of Wakanda and explain the country’s importance within the wider Marvel Universe.
- Illustrated maps showcase Wakanda and its key sites of interest.
- Includes brand-new maps and artworks by specially commissioned illustrators.

Marvel Black Panther: Wakanda Atlas is a must-have volume for adult fans of Black Panther comics looking to learn more about the world, as well as pop culture aficionados and lovers of contemporary cartography and illustrations, collectors of Marvel comics, prestige art books, and other licensed Marvel products wanting a luxury coffee-table book to keep.
Evan Narcisse is a writer and consultant who works in video games, comic books, and TV, often focusing on the intersection of blackness and pop culture. He's the author of the Rise of the Black Panther graphic novel for Marvel Comics and works in the video game industry as a narrative design consultant. Evan’s most recent game work has been on Marvel's Spider-Man: Miles Morales and the Black Panther: War for Wakanda expansion for Marvel Avengers. A native New Yorker, he now lives in Austin, Texas.