My Bondage and My Freedom: The Givens Collection (Paperback) 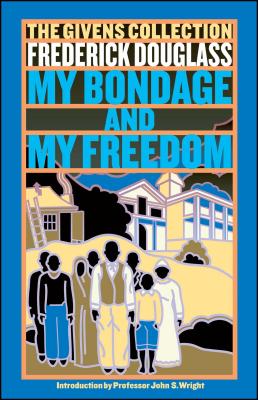 My Bondage and My Freedom: The Givens Collection (Paperback)


Available to Order - Usually Arrives in Our Store in 4 to 7 Days
My Bondage and My Freedom is the second of three published autobiographies from one of the most brilliant and eloquent abolitionists and human rights activists in American history. The Narrative of the Life of Frederick Douglass, an American Slave was published ten years before in 1845, while The Life and Times of Frederick Douglass was published twenty-five years later.
Frederick Douglass was born into a family of slavery in early America. Douglass attributes his road to freedom as beginning with his being sent from the Maryland plantation of his birth to live in Baltimore as a young boy. There, he learned to read and, more importantly, learned the power of literacy. In early adolescence, he was returned to farm work, suffered abuse at the hands of cruel overseers, and witnessed abuse visited on fellow slaves. He shared his knowledge of reading with a secret "Sunday school" of 40 fellow slaves during his last years of bondage. In his early 20's, he ran away to the North and found refuge among New England abolitionists.
Professor John S. Wright My Bondage and My Freedom is Frederick Douglass's most accomplished rendering of his life on literary and philosophical terms. It is also his most acutely romanticist and 'transcendental autobiography'...can provide yet another chance for us readers to think more closely with a dedicated thinking man about how we might grapple with the complexly interwoven meanings of his life and our own.