The Spirit of St. Louis (Paperback) 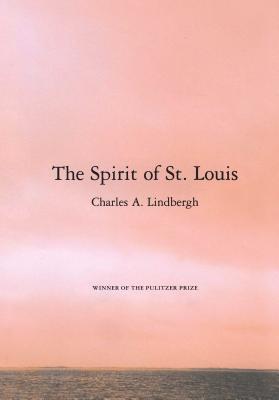 By Charles A. Lindbergh, Reeve Lindbergh (Introduction by)
$22.00
Available to Order - Usually Arrives in Our Store in 4 to 7 Days

Along with most of my fellow fliers, I believed that aviation had a brilliant future. Now we live, today, in our dreams of yesterday; and, living in those dreams, we dream again…

Charles A. Lindbergh captured the world's attention—and changed the course of history—when he completed his famous nonstop flight from New York to Paris in 1927. In The Spirit of St. Louis, Lindbergh takes the reader on an extraordinary journey, bringing to life the thrill and peril of trans-Atlantic travel in a single-engine plane. Eloquently told and sweeping in its scope, Lindbergh's Pulitzer Prize-winning account is an epic adventure tale for all time.

Charles A. Lindbergh (1902-1974) grew up in Little Falls, Minnesota. He learned to fly around the age of twenty, and developed his aviation skills as a barnstormer and airmail pilot. Two years after his trans-Atlantic voyage in 1927, Lindbergh married Anne Spencer Morrow, who would later become a bestselling author. A world-famous aviator, Lindbergh served as an aircraft consultant to the Ford Motor Company and the United Aircraft Corporation during World War Two. He was appointed brigadier general in the air force reserve in 1954.

Reeve Lindbergh is the author of several books for adults and children. They include the memoir of her childhood and youth, Under a Wing, No More Words, a description of the last years of her mother, Anne Morrow Lindbergh, and Forward From Here, a memoir about entering her sixties. She lives with her husband, Nat Tripp, and several animals on a farm in northern Vermont.

Time At its exciting best, this book keeps the reader cockpit close to a rare adventure.