Hockey Stories on and Off the Ice (Paperback) 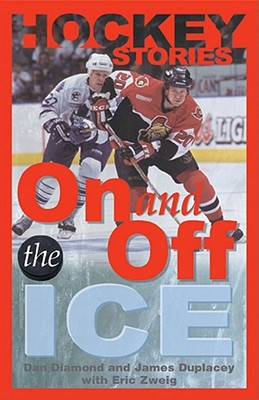 Professional hockey is the perfect melding of team effort and individual performance, in a sport that fascinates first-time viewers and engenders rabid devotion in those who've long followed the game. Now hocky fans everywhere will thrill to the game's intimate details in Hockey Stories On And Off The Ice. This book delivers the fun, funny, and unforgettable tales that fans are dying to read. It includes memorable moments, as well as the strangest facts and legends to ever bulge the twine. From favorite players to driven coaches, hockey's brightest personalities shine. This one scores.