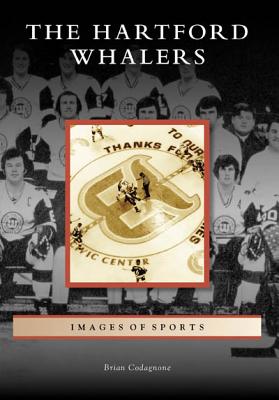 By Brian Codagnone
$21.99
Special Request - May Not Be Available

The Hartford Whalers began their existence in Boston as the New England Whalers of the World Hockey Association (WHA).

The Whalers played in every season of the WHA's seven-year existence, even becoming the league's first champions. Although their games were well-attended in Boston, the upstart league was never serious competition for the powerhouse Bruins. In 1975, they moved to Hartford, and in 1979, along with Winnipeg, Edmonton, and Quebec, joined the National Hockey League. After a series of successes in the '80s, by the '90s a dissatisfied new owner, unhappy players, and diminishing returns all contributed to the team's move to North Carolina following the 1997 season and won the Stanley Cup as the Carolina Hurricanes in 2006. The Hartford Whalers is a pictorial tribute to this beloved and much-missed Hartford institution.