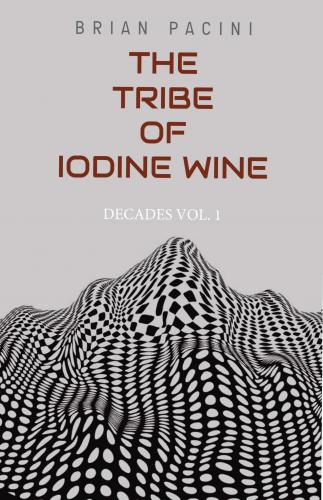 This is book number 1 in the Decades series.

Iodine wine is not a particularly delicious substance, but it is a necessary one in the refugee camps forming in Central Asia. After a catastrophe cripples America, the survivors drink iodine mixed with water to stave off radiation sickness.

Pax, Kevin, Lupina, and their friends are part of the Tribe of Iodine Wine. It's what they have elected to call themselves after the government relocates them to the camps.

Even before disaster struck, Pax was nervous about his best friend, Kevin. The two were troublemakers, but Pax had begun having second thoughts about their behavior. Kevin insisted on getting into danger and taking enormous risks. Now, cut off from society and at the mercy of the camp guards, Kevin's thrill seeking could get them all in trouble. It could even get them killed.

As the news from back home takes a turn for the terrifying, Pax and his new tribe fight against the oppressive camp conditions. The de facto camp leader, the Corporal, is a racist sociopath, but there might be an even bigger danger lurking in their midst. Whom can you trust at the end of the world? Whom can you trust to start the new one?

Brian Pacini uses some of his own youthful indiscretions as background for his young-adult adventure novel, The Tribe of Iodine Wine. Pacini lives with his family in Denver, Colorado. He loves seeking out new adventures and enjoys long bikepacking trips through mountains and deserts. Website: iodinewine.com Instagram: paxpacini Email: paxpacini@gmail.com

"I was riveted. The way Pacini portrayed teenagers really drew me into his world - finally a YA book where the kids actually seem like young adults....And that plot -- fantastic. "


"Drop what you're reading and drop your preconceptions of YA stereotypes because a Tribe of Iodine Wine will shock you into a whirlwind of emotions."