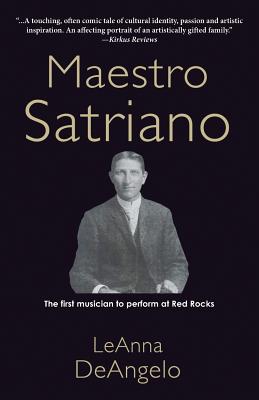 By Leanna Deangelo
$15.00
Available to Order - Usually Arrives in Our Store in 4 to 7 Days

Based on a true story, this novel is about Pietro Satriano, a musical child prodigy and a musician to royalty prior to moving to America in 1885. Pietro and his father, Antonio, were cornet virtuosos in Italy. When Antonio's wife dies during childbirth, he is motivated to come to America to start anew and make sure that his son attains an international reputation. In America, they are revered for their musical talents but despised by some because of prejudice and discrimination against Italian people. Pietro finds himself in the headlines for being flamboyant and having unusual body movements while performing, and is criticized for being light on the classics and giving in to public demand and performing ragtime. Through the years, the story unfolds about Antonio's drinking problem, Pietro's passionate personality and angry outbursts, his love of teaching children about music, a clandestine affair, and his talent, which ultimately won him national recognition as a bandleader and musical personality in the 1900s. DeAngelo tells the story sensitively and with humor; it is a unique tale about remarkable people.

LeAnna DeAngelo, PhD, is a psychologist in Colorado. This is her first novel. Maestro Satriano is based on the life of her great-great uncle and great-great grandfather, Pietro and Antonio Satriano.