Political Hypocrisy: The Mask of Power, from Hobbes to Orwell and Beyond, Revised Edition (Paperback) 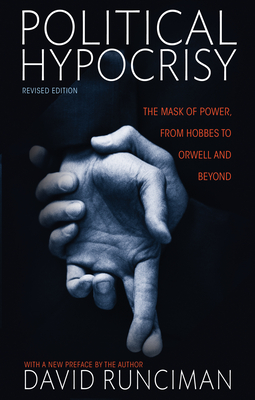 Political Hypocrisy: The Mask of Power, from Hobbes to Orwell and Beyond, Revised Edition (Paperback)

What kind of hypocrite should voters choose as their next leader? The question seems utterly cynical. But, as David Runciman suggests, it is actually much more cynical to pretend that politics can ever be completely sincere. Political Hypocrisy is a timely, and timeless, book on the problems of sincerity and truth in politics, and how we can deal with them without slipping into hypocrisy ourselves. Runciman draws on the work of some of the great truth-tellers in modern political thought--Hobbes, Mandeville, Jefferson, Bentham, Sidgwick, and Orwell--and applies his ideas to different kinds of hypocritical politicians from Oliver Cromwell to Hillary Clinton. He argues that we should accept hypocrisy as a fact of politics--the most dangerous form of political hypocrisy is to claim to have a politics without hypocrisy. Featuring a new foreword that takes the story up to Donald Trump, this book examines why, instead of vainly searching for authentic politicians, we should try to distinguish between harmless and harmful hypocrisies and worry only about the most damaging varieties.

David Runciman is professor of politics at the University of Cambridge and a fellow of Trinity Hall. His books include The Confidence Trap and The Politics of Good Intentions (both Princeton). He writes regularly about politics for the London Review of Books.