The Marquis de Sade and the Avant-Garde (Hardcover) 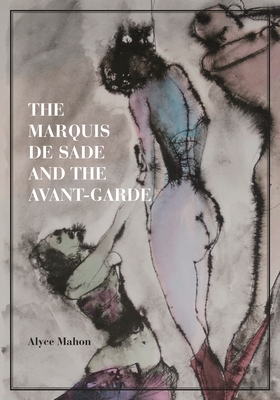 By Alyce Mahon
Please email or write store for pricing and availability information.
Available to Order - Usually Arrives in Our Store in 4 to 7 Days

How the notorious author of The 120 Days of Sodom inspired the surrealists and other avant-garde artists, writers, and filmmakers

The writings of the Marquis de Sade (1740-1814) present a libertine philosophy of sexual excess and human suffering that refuses to make any concession to law, religion, or public decency. In this groundbreaking cultural history, Alyce Mahon traces how artists of the twentieth century turned to Sade to explore political, sexual, and psychological terror, adapting his imagery of the excessively sexual and terrorized body as a means of liberation from systems of power. Mahon shows how avant-garde artists, writers, dramatists, and filmmakers drew on Sade's philosophy in the bedroom to challenge oppressive regimes and their restrictive codes and conventions of gender and sexuality. She provides close analyses of early illustrated editions of Sade's works and looks at drawings, paintings, and photographs by leading surrealists such as Andr Masson, Leonor Fini, and Man Ray. She explains how Sade's ideas were reflected in the writings of Guillaume Apollinaire and the fiction of Anne Desclos, who wrote her erotic novel, Story of O, as a love letter to critic Jean Paulhan, an admirer of Sade. Mahon explores how Sade influenced the happenings of Jean-Jacques Lebel, the theater of Peter Brook, the cinema of Pier Paolo Pasolini, and the multimedia art of Paul Chan. She also discusses responses to Sade by feminist theorists such as Simone de Beauvoir, Susan Sontag, and Angela Carter. Beautifully illustrated, The Marquis de Sade and the Avant-Garde demonstrates that Sade inspired generations of artists to imagine new utopian visions of living, push the boundaries of the body and the body politic, and portray the unthinkable in their art.

Alyce Mahon is Reader in Modern and Contemporary Art History at the University of Cambridge. She is the author of Surrealism and the Politics of Eros, 1938-1968 and Eroticism and Art. She lives in Cambridge, England.