The Sea of Trolls (Paperback) 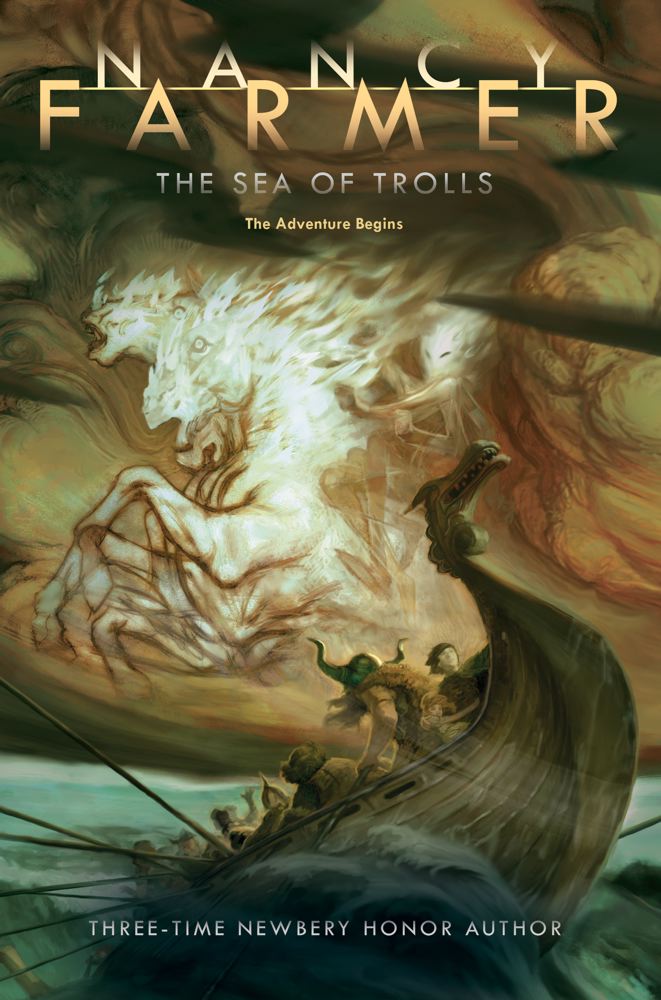 The Sea of Trolls (Paperback)

Jack was eleven when the berserkers loomed out of the fog and nabbed him. "It seems that things are stirring across the water," the Bard had warned. "Ships are being built, swords are being forged."

"Is that bad?" Jack had asked, for his Saxon village had never before seen berserkers.

"Of course. People don't make ships and swords unless they intend to use them."

The year is A.D. 793. In the next months, Jack and his little sister, Lucy, are enslaved by Olaf One-Brow and his fierce young shipmate, Thorgil. With a crow named Bold Heart for mysterious company, they are swept up into an adventure-quest in the spirit of The Lord of the Rings.

Award-winner Nancy Farmer has never told a richer, funnier tale, nor offered more timeless encouragement to young seekers than "Just say no to pillaging."
Nancy Farmer has written three Newbery Honor books: The Ear, the Eye and the Arm; A Girl Named Disaster; and The House of the Scorpion, which also won the National Book Award and the Printz Honor. Other books include The Lord of Opium, The Sea of Trolls, The Land of the Silver Apples, The Islands of the Blessed, Do You Know Me, The Warm Place, and three picture books for young children. She grew up on the Arizona-Mexico border and now lives with her family in the Chiricahua Mountains of Arizona.
"Nancy Farmer goes a-viking and returns with magic."

"A hugely entertaining story sure to appeal to fans of The Lord of the Rings."

"Readers will want to sail through these nearly 500 pages to find out what happens to young Jack and his sister, Lucy...."

"This exciting and original fantasy will capture the hearts and imaginations of readers."