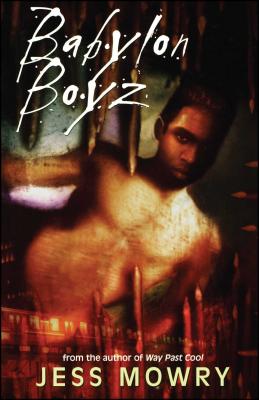 
Available to Order - Usually Arrives in Our Store in 4 to 7 Days
In this tense teen novel, three struggling boys in embattled West Oakland are faced with a choice sure to change their lives—for better or worse.

Dante, Pook, and Wyatt are eighth graders in a rundown school in West Oakland, California, plagued by guns, gangs, drugs, and violence, all overseen by inept or indifferent teachers. The three friends are used to only being able to react to the world around them, dodging blows rather than forging their own paths.

Dante, thirteen, was born to a crack-addicted mother and needs an expensive heart operation if he hopes to reach thirty. Pook is newly fourteen and, handsome and muscular, outcasted for being gay, with dreams of medical school he can’t afford. Wyatt, thirteen, is awesomely fat and cursed with being smart in a stupid place.

They feel like they’re headed for a dead in until they find a suitcase full of cocaine and suddenly face an excruciating decision. Selling the coke means escape. But it also means adding to the crack epidemic that has already destroyed their community.

What price are they willing to pay for freedom.
Jess Mowry is the bestselling author of Way Past Cool and other books for children and young adults. According to the New York Times, “Few authors capture the slang and terrors of inner-city streets the way Mr. Mowry does. And few write with such a sense of mission and fury.” Jess Mowry makes his home in Oakland, California.

Leonid Gore moved to the US from his native Belarus in 1991. He has illustrated many beloved books for children and is also the author and illustrator of Danny’s First Snow. Mr. Gore lives in Oakland, New Jersey. Visit him online at LeonidGore.com.