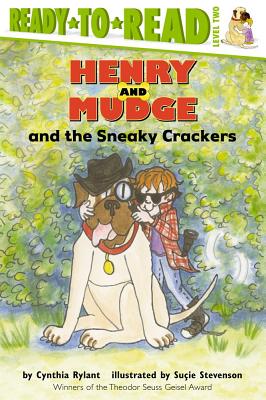 This is book number 16 in the Henry & Mudge series.

Henry and his dog Mudge put their spy skills to the test in this Ready-to-Read adventure.

With his new spy kit and his faithful sidekick Mudge, Henry is ready to look for clues, steal secrets, and flirt with danger. One of the first things Henry and Mudge find is a coded message...could there be another spy in the neighborhood?
Cynthia Rylant is the author of more than 100 books for young people, including the beloved Henry and Mudge, Annie and Snowball, Brownie & Pearl, Motor Mouse, and Mr. Putter & Tabby series. Her novel Missing May received the Newbery Medal. She lives in Portland, Oregon.