Henry and Mudge and the Best Day of All: Ready-to-Read Level 2 (Henry & Mudge) (Paperback) 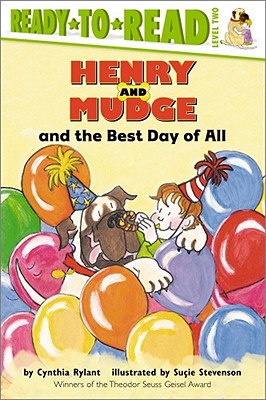 Henry and Mudge and the Best Day of All: Ready-to-Read Level 2 (Henry & Mudge) (Paperback)

This is book number 14 in the Henry & Mudge series.

Henry and his dog Mudge celebrate Henry's birthday in this fourteenth Ready-to-Read book of their adventures.

Henry and his 180-pound dog Mudge are best friends forever. And now that it's Henry's birthday, it's time for bright balloons, potato-sack races, and presents!
Cynthia Rylant is the author of more than 100 books for young people, including the beloved Henry and Mudge, Annie and Snowball, Brownie & Pearl, Motor Mouse, and Mr. Putter & Tabby series. Her novel Missing May received the Newbery Medal. She lives in Portland, Oregon.