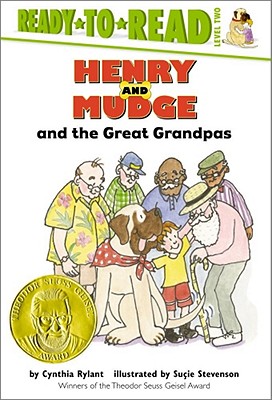 This is book number 26 in the Henry & Mudge series.

Since its creation in 1987, the Henry and Mudge series has grown into one of the most beloved and acclaimed beginning-reading series ever. With more than two million copies sold, the American Library Association, the Library of Congress, Parents' Choice, The Horn Book Magazine, the International Reading Association, the American Booksellers Association, and most importantly, the thousands of children who belong to the Henry and Mudge fan club have recommended these wonderful books.
Created by renowned Newbery Medalist Cynthia Rylant and acclaimed illustrator Suçie Stevenson, the Henry and Mudge series is without a doubt a classic for all time.
Cynthia Rylant is the author of more than 100 books for young people, including the beloved Henry and Mudge, Annie and Snowball, Brownie & Pearl, Motor Mouse, and Mr. Putter & Tabby series. Her novel Missing May received the Newbery Medal. She lives in Portland, Oregon.