The Legend of Bagger Vance: A Novel of Golf and the Game of Life (Hardcover) 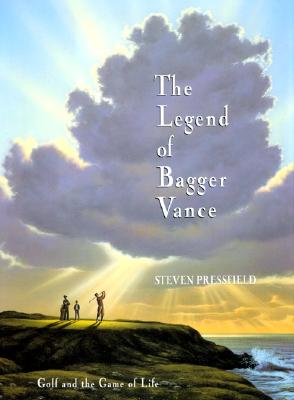 The Legend of Bagger Vance: A Novel of Golf and the Game of Life (Hardcover)


Email or call for price. Handling fee may apply.
The time: 1931. The place: the golf links at Krewe Island off Savannah's windswept Atlantic shore. The event: a mesmerizing thirty-six-hole match in which Bobby Jones and Walter Hagen, legends of golf in their own time, are joined by an unsung opponent, the troubled war hero Rannulph Junah. The key to the outcome lies not with these titans of the game but with Bagger Vance, a caddie who carries the secret of the Authentic Swing. His mysterious powers guide the play and leave a lasting imprint, not only on the lives he touches on that day so long ago, but also--sixty years later--on the future of a brilliant but discouraged young medical student.

Once in a great while comes a book different from all the rest. You long to compare it to something great that went before, and yet no comparison truly holds. Such is The Legend of Bagger Vance. Readers have likened it to Bernard Malamud's The Natural or to Golf in the Kingdom, they mystical classic by Michael Murphy. Although Steven Pressfield's work has a kindship with both, it is a true original, a page turner, a spellbinder, an inspiration for golfers and nongolfers alike--a story in which the search for the Authentic Swing becomes a metaphor for the search for the Authentic Self.

Steven Pressfield has been an enthusiastic golfer since the age of ten. He is the author of the novel Gates of Fire and a well-known screenwriter whose screenplays include "Above the Law" and "Freejack." He lives in the Los Angeles area.