Letter to a Man in the Fire: Does God Exist and Does He Care? (Hardcover) 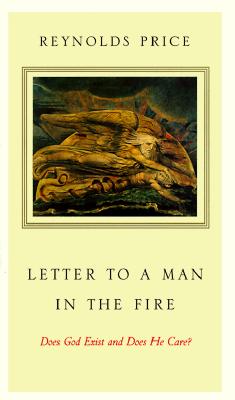 Letter to a Man in the Fire: Does God Exist and Does He Care? (Hardcover)


Email or call for price. Handling fee may apply.
"Does God Exist and Does He Care?"

In April 1997 Reynolds Price received an eloquent letter from a reader of his cancer memoir "A Whole New Life." The correspondent, a young medical student diagnosed with cancer himself and facing his own mortality, asked the difficult questions above. The two began a long-distance correspondence, culminating in Price's thoughtful response, originally delivered as the Jack and Lewis Rudin Lecture at Auburn Theological Seminary, and now expanded onto the printed page as "Letter to a Man in the Fire."

Harvesting a variety of sources -- diverse religious traditions, classical and modern texts, and a lifetime of personal experiences, interactions, and spiritual encounters -- Price meditates on God's participation in our fate. He explores the inexplicable and the inconsistent: the phenomenon of God's seeming desertions and absences in the face of human suffering and, conversely, examples of healing, restoration, and beauty against insurmountable odds. With candor and sympathy, Reynolds Price -- for nearly five decades a serious student of religion in general and the Gospels in particular -- offers the reader such a rich variety of tools to explore these questions as to place this work in the company of other great testaments of faith from St. Augustine to C. S. Lewis.

"Letter to a Man in the Fire" moves as much as it educates. It is a rare combination of deep erudition, vivid prose, and profound humanity.