I May Not Get There With You: The True Martin Luther King Jr (Paperback) 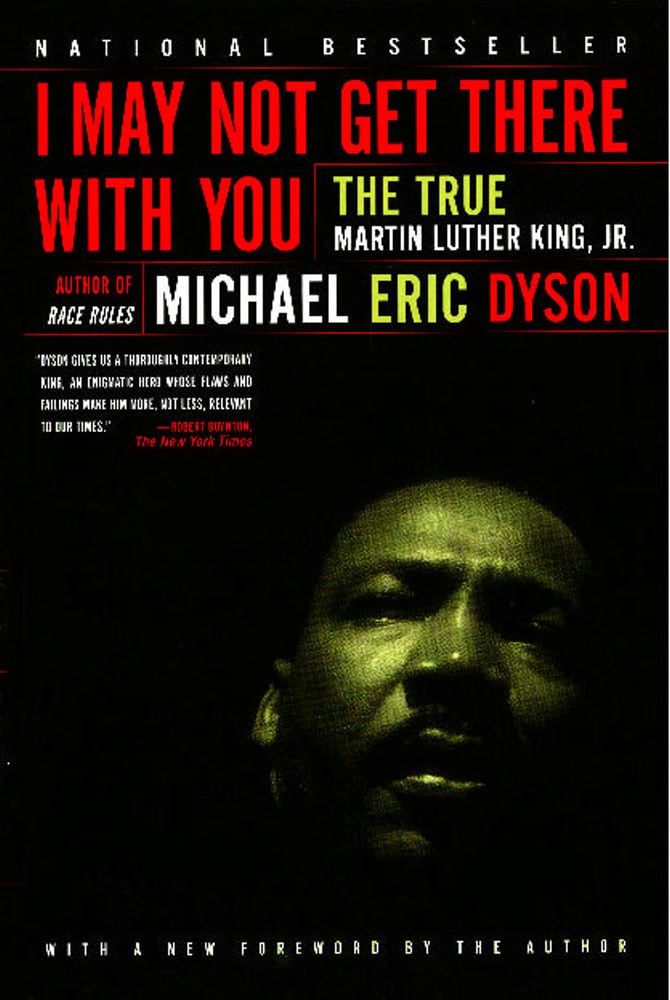 I May Not Get There With You: The True Martin Luther King Jr (Paperback)


Available to Order - Usually Arrives in Our Store in 4 to 7 Days
Michael Eric Dyson—a cutting edge African American intellectual a la Henry Louis Gates and Cornel West—reignites the legacy of Martin Luther King in this relevant, revolutionary, and human look at the American icon's true ideology.

A private citizen who transformed the world around him, Martin Luther King, Jr., was arguably the greatest American who ever lived. Now, after more than thirty years, few people understand how truly radical he was. In this groundbreaking examination of the man and his legacy, provocative author, lecturer, and professor Michael Eric Dyson restores King's true vitality and complexity and challenges us to embrace the very contradictions that make King relevant in today's world.
Michael Eric Dyson is an ordained Baptist minister and Ida B. Wells Barnett University Professor at DePaul University. He is the author of Making Malcolm: The Myth and Meaning of Malcolm X, Between God and Gangsta Rap, and Race Rules: Navigating the Color Line. He lives with his family in Chicago.
Robert Boynton The New York Times Dyson gives us a thoroughly contemporary King, an enigmatic hero whose flaws and failings make him more, not less, relevant to our times.

Jake Lamar The New York Observer Not simply an important book -- it is a necessary one. In prose that is always sharp and engaging, Dyson uses King's life and legacy to take on everything from contemporary conservatism to hip-hop culture...An indispensable contribution to American social criticism.

Paul Rosenberg The Denver Post Masterfully, Dyson...seamlessly combines a passionate exploration of King's battles, values and ideas with a highly nuanced picture of the contexts he struggled in and transformed, then draws parallels and contrasts to our world today. Like King himself, the result speaks to everyone, from ivory tower to hip-hop streets, challenging all of us to move beyond our present limitations.

Michael Fletcher The Washington Post Such is the genius of Dyson. He...flows freely from the profound to the profane, from popular culture to classical literature...Dyson's latest book should only enhance his reputation...The book resurrects a King who bears little resemblance to the sainted -- some say homogenized -- integrationist fixed in the national consciousness.