The Koran Interpreted: A Translation (Paperback) 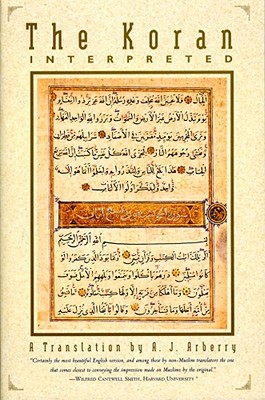 The Koran Interpreted: A Translation (Paperback)


Available to Order - Usually Arrives in Our Store in 4 to 7 Days
From Simon & Schuster, The Koran Interpreted is an English translation of the Muslim holy book portrays the spirit, rather than the exact context and rhythm, of the original Arabic text.

The Koran Interpreted is universally recognized as not only the most authoritative translation but also the most beautiful one in the English language.
Arthur John Arberry, as Head of the Department of Classics at Cairo University, acquired a firsthand knowledge of literary and social conditions in the Islamic Middle East. Between 1947 and 1969 he served as Sir Thomas Adams Professor of Arabic at Cambridge University. He published some twenty books in Islamic studies during his lifetime, many dealing with mysticism and poetry. Professor Arberry died in England in 1969.