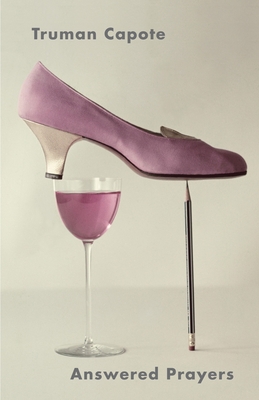 By Truman Capote
$15.00
Available to Order - Usually Arrives in Our Store in 4 to 7 Days

Although Truman Capote's last novel was unfinished at the time of his death, its surviving portions offer a devastating group portrait of the high and low society of his time.

"Prose that makes the heart sing and the narrative fly." —The New York Times Book Review

Truman Capote was born September 30, 1924, in New Orleans. After his parents’ divorce, he was sent to live with relatives in Monroeville, Alabama. It was here he would meet his lifelong friend, the author Harper Lee. Capote rose to international prominence in 1948 with the publication of his debut novel, Other Voices, Other Rooms. Among his celebrated works are Breakfast at Tiffany’s, A Tree of Night, The Grass Harp, Summer Crossing, A Christmas Memory, and In Cold Blood, widely considered one of the greatest books of the twentieth century. Twice awarded the O. Henry Short Story Prize, Capote was also the recipient of a National Institute of Arts and Letters Creative Writing Award and an Edgar Award. He died August 25, 1984, shortly before his sixtieth birthday.

"A gift from an unbridled genius. Exciting ... irresistible ... should be cherished as top-flight work from a master." —Los Angeles Times Book Review