Madness and Civilization: A History of Insanity in the Age of Reason (Paperback) 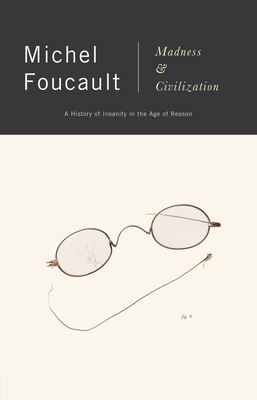 Madness and Civilization: A History of Insanity in the Age of Reason (Paperback)


On Our Shelves Now
Michel Foucault examines the archeology of madness in the West from 1500 to 1800 - from the late Middle Ages, when insanity was still considered part of everyday life and fools and lunatics walked the streets freely, to the time when such people began to be considered a threat, asylums were first built, and walls were erected between the "insane" and the rest of humanity.
Michel Foucault was born in Poitiers, France, in 1926. He lecturerd in universities throughout the world; served as director at the Institut Francais in Hamburg, Germany and at the Institut de Philosophi at the Faculte des Lettres in the University of Clermont-Ferrand, France; and wrote frequently for French newspapers and reviews. At the time of his death in 1984, he held a chair at France's most prestigious institutions, the College de France.