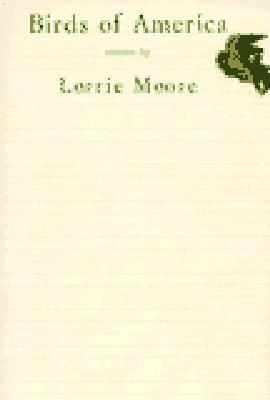 By Lorrie Moore
$23.00
Special Request - May Not Be Available

A long-awaited collection of stories--twelve in all--by one of the most exciting writers at work today, the acclaimed author of "Who Will Run the Frog Hospital?" and "Self-Help." Stories remarkable in their range, emotional force, and dark laughter, and in the sheer beauty and power of their language.
From the opening story, "Willing"--about a second-rate movie actress in her thirties who has moved back to Chicago, where she makes a seedy motel room her home and becomes involved with a mechanic who has not the least idea of who she is as a human being--"Birds of America" unfolds a startlingly brilliant series of portraits of the unhinged, the lost, the unsettled of our America.
In the story "Which Is More Than I Can Say About Some People" ("There is nothing as complex in the world--no flower or stone--as a single hello from a human being"), a woman newly separated from her husband is on a long-planned trip through Ireland with her mother. When they set out on an expedition to kiss the Blarney Stone, the image of wisdom and success that her mother has always put forth slips away to reveal the panicky woman she really is.
In "Charades," a family game at Christmas is transformed into a hilarious and insightful (and fundamentally upsetting) revelation of crumbling family ties.
In "Community Life,"a shy, almost reclusive, librarian, Transylvania-born and Vermont-bred, moves in with her boyfriend, the local anarchist in a small university town, and all hell breaks loose. And in "Four Calling Birds, Three French Hens," a woman who goes through the stages of grief as she mourns the death of her cat (Anger, Denial, Bargaining, Haagen Dazs, Rage) is seen by her friends asreally mourning other issues: the impending death of her parents, the son she never had, Bosnia.
In what may be her most stunning book yet, Lorrie Moore explores the personal and the universal, the idiosyncratic and the mundane, with all the wit, brio, and verve that have made her one of the best storytellers of our time.