The Dead March: A History of the Mexican-American War (Paperback) 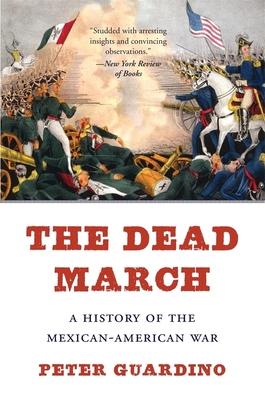 "Superb...A remarkable achievement, by far the best general account of the war now available. It is critical, insightful, and rooted in a wealth of archival sources; it brings far more of the Mexican experience than any other work...and it clearly demonstrates the social and cultural dynamics that shaped Mexican and American politics and military force."
--Journal of American History

It has long been held that the United States emerged victorious from the Mexican-American War because its democratic system was more stable and its citizens more loyal. But this award-winning history shows that Americans dramatically underestimated the strength of Mexican patriotism and failed to see how bitterly Mexicans resented their claims to national and racial superiority. Their fierce resistance surprised US leaders, who had expected a quick victory with few casualties.

By focusing on how ordinary soldiers and civilians in both countries understood and experienced the conflict, The Dead March offers a clearer picture of the brief, bloody war that redrew the map of North America.