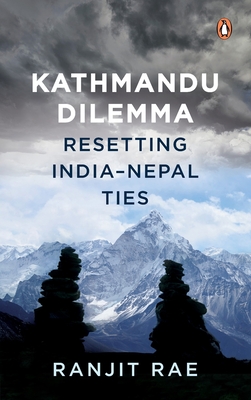 '...unmatched in its meticulous and careful research into the wellsprings of a truly unique relationship between two neighbouring states.' SHYAM SARAN


The first two decades of the new millennium have witnessed a dramatic socio-political transformation of Nepal. A violent Maoist insurgency ended peacefully, a new constitution abolished the monarchy and established a secular federal democratic republic. Nevertheless, political stability and a peace dividend have both remained
elusive. Nepal is also buffeted by changing geopolitics, including the US-China contestation for influence
and the uneasy relationship between India and China.

As a close neighbour, India has been deeply associated with the seminal changes in Nepal, and the bilateral relationship has seen many twists and turns. Partly a memoir, this book examines India's perspective on these developments, in the context of the civilizational and economic underpinnings of the India-Nepal
relationship, as well as issues that continue to prevent this relationship from exploiting its full potential. Though there are several Nepalese accounts that deal with this subject, there are few from an Indian point of view. Kathmandu Dilemma fills this gap.

Ranjit Rae is a former Indian ambassador to Nepal. He also headed the Northern Division in the Ministry of External Affairs, dealing with India's Himalayan neighbours, Nepal and Bhutan, from 2002 to 2006. Since retirement, Rae has been involved in travelling, trekking and trying to make sense of the developments in Nepal. This is his first book.