The Taste of Apple (Paperback) 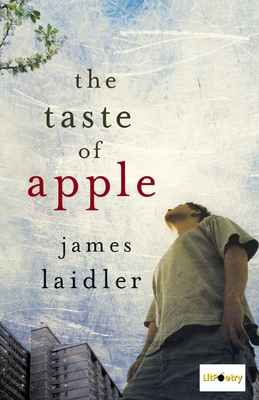 The Taste of Apple (Paperback)

Winner of the Interactive Press, IP Picks Competition Best First Book Award in 2010. This dynamic and fast-paced verse novel is a real page-turner.

Pedro Jones is lost. Abandoned by his father and forced into commission housing with his Filipino immigrant mother, the future seems bleak. But when Pedro meets the 'mad' street busker, Johnny Lazzaro, and gets involved with the East Timor freedom movement, life takes an unexpected detour through the uncharted backblocks of the human heart. James Laidler deftly crafts a cast of vivid characters in this gritty story of self-discovery, justice and belonging.

What the judges said:

"The judges had no problem awarding Best First Book to this accomplished verse novel. The text is a memoir/history with strong political commentary. The author is a poet who is crossing over into fiction writing. Mature in vision and evocative emotionally, this is page-turning verse novel is one that should find a wide audience."

"A fresh representation of a lost teen who finds a sense of identity and belonging in a world of concrete, steel and broken relationships. Laidler's debut novel, The Taste of Apple, is a vivid and powerful verse-narrative that captures the raw emotions of two adolescents who are mired in a world of social injustice and experiences of paternal abandonment."

"The novel explores hugely controversial issues within Australia: the plight of the East Timorese Asylum Seekers in the late 1990s and problem of social inequality. The narrative is a deeply personal and emotional adolescent experience. It is about finding hope, beauty and identity in a chaotic and unjust world."