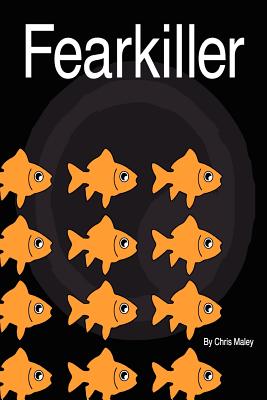 By Chris Maley
$7.50
Available to Order - Usually Arrives in Our Store in 4 to 7 Days

"Forget sex. Fear is what sells."Fearkiller is about the years 2000-2010. A decade none of us saw coming. Egan is a fear mongering, woman-conquering corporate warrior in a tailored suit. During the decade 2000-2010, he deployed every fear tactic in the book to mismanage his way to the top, destroying everyone-even whole departments-standing in his way. He gets beaten to death by a guy with a hammer.To atone for murder, the killer decides to save our economy. He endeavors to launch a product inspired by Egan's life (as well as his death and disposal) that will create jobs as well as put Egan's three unwanted young kids through college. Fearkiller looks back at the first ten years of the new millennium, an ambiguous decade where fear-along with doubt, misery, ignorance, panic and uncertainty-mutated in ways we never could have fathomed.

Fearkiller is about the workforce of 2000-2010. Chris Maley was a cubicle slave for the first half of the decade, got fired, and was self-employed for the second half. (Attempts at self-employment led to the firing.) The second half was rolling along nicely until he got hammered by The Great Recession. Instead of searching for full-time employment, he destroyed his credit rating and worked $9/hr part-time jobs to make ends meet because talks with employed people centered around one thing: living in fear. On a positive note, those talks inspired a novel. Also check out chrismaley.com