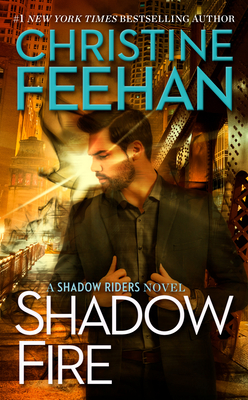 This is book number 7 in the A Shadow Riders Novel series.

Journey deeper into the world of Chicago’s most dangerous, alluring crime family in this incendiary installment of the Shadow Riders series from #1 New York Times bestselling author Christine Feehan.

Shadow Rider Elie Archambault has been called many things: domineering, brash, loyal, but most of all fast. And there’s nothing faster than choosing to marry a woman you’ve never met. All he has is a signed contract and a list of his new bride’s expectations for their arranged marriage. He’s not expecting love or some happy ever after, just a partner that knows exactly what she signed up for. He’ll be faithful because he’s a man of honor, but she’ll never have his heart....

Elie knows who he is. A privileged member of the Archambault family. A skilled rider and fighter. A man who's always had things easy for all the wrong reasons. He's made his mistakes and lost his chance at real, true passion with his other half thanks to his own careless arrogance. Now he just wants to do his duty as a Shadow Rider and leave the past behind.

But Elie has no idea that his choice is about to spark a blaze that will burn all his carefully laid plans to the ground....
Christine Feehan is the #1 New York Times bestselling author of the Carpathian series, the GhostWalker series, the Leopard series, the Shadow series and the Torpedo Ink series.

"I enjoy the warmth and family relationships just as much as I’m vested into the characters and my desire to see them find their HEAs."—The Good, The Bad and the Unread

"A thrilling, angst-filled romance that will tear you to pieices in the most beautiful of ways. Its a story of struggle, layers of intimacy that can be found in a relationship, and a side plot of suspense that will keep you on edge. An edgy work of art that will make you speechless."—Addicted to Romance

"An exciting, tense, heart pounding, nonstop edge of your seat action, from start to finish...Christine Feehan once again gives us a fabulous story."—The Reading Cafe

"Shadow Fire will fire you up and leave you wanting more."—Fresh Fiction