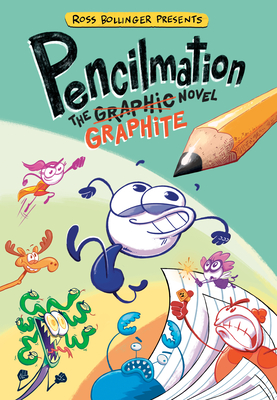 Join the characters from Pencilmation in this new graphic novel featuring new stories, comics, activies, and more!
Ross Bollinger is the creative, eccentric genius behind Pencilmation, who first discovered animation as a form of artistic and comedic expression when a teacher introduced him to stop-motion clay animation.

Inspired by the famous Chuck Jones short Duck Amuck, the very first episode features a pencil taunting the original Pencilmate in a variety of funny sequences. As Ross watched his little stick figure become a viral success, he immediately understood the power of web animation. Today, with hundreds of animators working on Pencilmation under his direction, Ross is dedicated to preserving the 2D animation legacy of his creative idol, Walt Disney, and spreading laughter to the world.