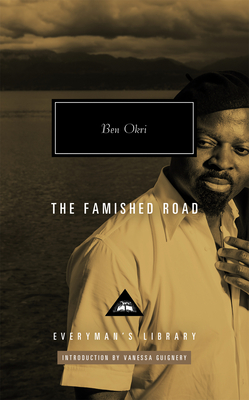 The narrator of The Famished Road is a spirit-child who exists between life and death, destined to an endless cycle of death and rebirth. But this time, born with a smile on his face, Azaro begins to fall in love with life and to rebel against his fate. The story the child tells flows between the difficulties of the land of the living and the carefree world of spirits. Okri infuses a vivid portrait of an unnamed West African country with the rich traditions of African mythology and the result is a powerfully haunting masterpiece.

About the Introducer: VANESSA GUIGNERY is Professor of English Literature and Postcolonial Literature at the École Normale Supérieure de Lyon, France. She is the author of Novelists in the New Millennium.
"A dazzling achievement."
--Henry Louis Gates, Jr., The New York Times Book Review

"A mesmerizing vision of modern Nigeria, seen through the eyes of a peculiarly sentient child…. The Famished Road is a quintessential African novel.”—The Philadelphia Inquirer

“A stunning work, suspenseful and haunting, the product of one of the lushest imaginations on record.”—The Plain Dealer

"A masterpiece if one ever existed."
--The Boston Globe