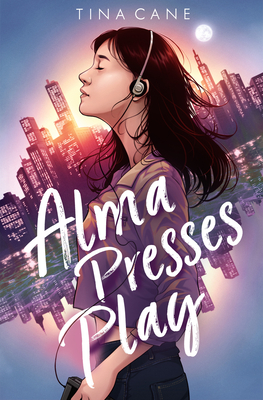 
On Our Shelves Now
A lyrical novel-in-verse that takes us through the journey of coming of age in New York during the 80s.

Alma's life is a series of halfways: She's half-Chinese, half-Jewish; her parents spend half the time fighting, and the other half silent; and she's halfway through becoming a woman. But as long as she can listen to her Walkman, hang out with her friends on the stoops of the Village, and ride her bike around the streets of New York, it feels like everything will be all right. Then comes the year when everything changes, and her life is overtaken by constant endings: friends move away, romances bloom and wither, her parents divorce and--just like that--her life as she knew it is over. In this world of confusing beginnings, middles, and endings, is Alma ready to press play on the soundtrack of her life?


Tina Cane grew up in downtown New York City during the 70s and 80s, surrounded by artists and writers and musicians, and she draws much of her creative inspiration from that era. The founder/ director of Writers-in-the-Schools, RI, Tina also currently serves as the poet laureate of Rhode Island where she lives with her husband and three children, who are also a major source of inspiration.