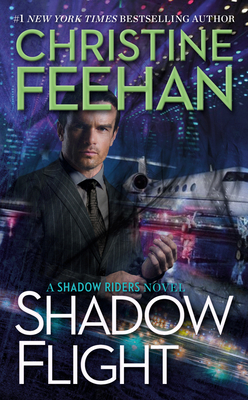 This is book number 5 in the A Shadow Riders Novel series.

Chicago’s Ferraro crime family will do anything to protect one of their own in this thrilling entry in the Shadow Riders series from #1 New York Times bestselling author Christine Feehan.

Nicoletta Gomez was a terrified teenager when Taviano Ferraro and his brother saved her life. Ever since, she’s been trying to rise above what was done to her, molding herself into a survivor under the protective eyes of the Ferraro family. All the while, she’s been falling hopelessly in love with the man who knows her darkest secrets.…

With one look, Taviano knew that Nicoletta was his, just as he felt their shadows connect. But no matter how much he wanted to claim her, he knew she needed time to become her own woman. When Nicoletta once again finds herself in the sights of dangerous men, a split-second decision has Taviano breaking all of the Ferraro family’s rules to keep her safe. And as far as he’s concerned, the reward is more than worth the risk.
Christine Feehan is the #1 New York Times bestselling author of the Carpathian series, the GhostWalker series, the Leopard series, the Shadow series, and the Torpedo Ink series.
“Shadow Flight was a suspenseful, *powerful* new novel that took the Shadow Riders series to all new heights. From exploring the importance of family bonds to good vs. evil to the strength of love healing emotional wounds, Christine Feehan gave her readers a story to cherish.”—Harlequin Junkie

“There is a reason Christine Feehan is a titan of the paranormal romance industry. If you’re looking for a dark, gritty romance with mafia vibes, this series is for you!”—Romance Reader

“Shadow Flight is a surprise-filled thrill ride that has some unexpected twists and turns…I really cannot wait to see where Ms. Feehan takes her readers and the Ferraro family next!”—Fresh Fiction

“The Riders have their special abilities and all that those skills involve, but the whole family dynamic just pulls you in. I’m eagerly awaiting the next installment of this series!”—Rantings of a Reading Addict

“An edgy story that is full of tender romantic promise, fighting plot points, dynamic family entanglements and plenty of sensuality which fills the pages in such a majestic way you won’t resist putting this one down until you reach ‘the end’ ….PHENOMENAL!”—Addicted to Romance