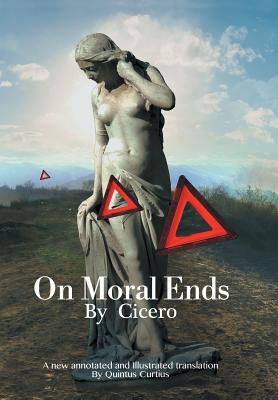 This new and original translation of Cicero's "On Moral Ends" (De Finibus) contains numerous unique features that make it ideal for the motivated self-learner or for classroom use. Fully self-contained, it is designed both for the serious student and for those who have no prior background in classical studies. Special features include the following:

1. A clear, modern, and accurate translation gained from intensive study of the Latin text.

2. Sixty-five (65) original photographs, taken by the translator, of the actual locations where the dialogues took place in Italy and Greece (Cumae and Tusculum in Italy, the Platonic Academy in Athens, and other historical sites in Athens). These photos enhance comprehension and appreciation of the text.

3. Over four hundred sixty scholarly footnotes that explain every name, concept, and detail needed for comprehension.

6. Extended introduction that explains the author's life and works, the organization and layout of the text, and summaries of the three philosophical systems discussed by Cicero.

7. Commentaries at the end of each of the five books that assist the reader in understanding the text.

The essential question asked in "On Moral Ends" is this: what is the ultimate end or goal of human life that provides us with a rational plan for living? In a series of stimulating dialogues, Cicero examines three philosophical systems and attempts to arrive at a theory of ethics to govern life. In so doing, he eloquently voices his surpassing belief in the power of wisdom, nature, and the human soul. Until now this essential work has not been as accessible to the modern reader as it should be. This is a translation for the new millenium, and seeks to make the text accessible to a new generation of readers.

Quintus Curtius is a translator, writer, and attorney. He has previously translated Cicero's "On Duties," "Stoic Paradoxes," as well as the works of the Roman historian Sallust. He can be found at www.qcurtius..com.