The World Before Us (Hardcover) 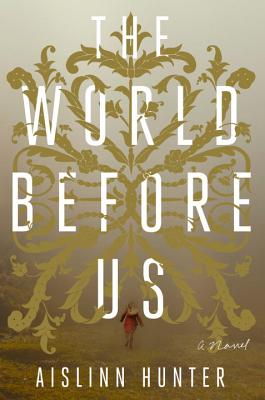 The World Before Us (Hardcover)


Email or call for price. Handling fee may apply.
In the tradition of A. S. Byatt's Possession, a hauntingly poignant novel about madness, loss, and the ties that bind our past to our present

Deep in the woods of northern England, somewhere between a dilapidated estate and an abandoned Victorian asylum, fifteen-year-old Jane Standen lived through a nightmare. She was babysitting a sweet young girl named Lily, and in one fleeting moment, lost her. The little girl was never found, leaving her family and Jane devastated.
Twenty years later, Jane is an archivist at a small London museum that is about to close for lack of funding. As a final research project--an endeavor inspired in part by her painful past--Jane surveys the archives for information related to another missing person: a woman who disappeared over one hundred years ago in the same woods where Lily was lost. As Jane pieces moments in history together, a portrait of a fascinating group of people starts to unfurl. Inexplicably tied to the mysterious disappearance of long ago, Jane finds tender details of their lives at the country estate and in the asylum that are linked to her own heartbroken world, and their story from all those years ago may now help Jane find a way to move on.
In riveting, beautiful prose, The World Before Us explores the powerful notion that history is a closely connected part of us--kept alive by the resonance of our daily choices--reminding us of the possibility that we are less alone than we might think.
AISLINN HUNTER is the author of an acclaimed collection of stories, two collections of highly-praised and award-winning poetry, and the novel Stay which was recently made in to a feature film.Having lived in the UK while researching her Ph.D., Hunter now lives and teaches in Vancouver, British Columbia.The World Before Usis her US debut."