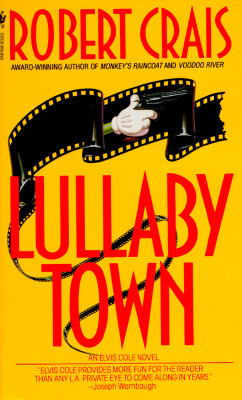 His films make billions, but his manners make enemies. What the boy king wants, he gets, and what Nelsen wants is for Elvis to comb the country for the wife and infant child the film-school flunkout dumped en route to becoming the third-biggest filmmaker in America. It’s the kind of case Cole can handle in his sleep—until it turns out to be a nightmare. For when Cole finds Nelsen’s ex-wife in a small Connecticut town, she’s nothing like he expects. She has some unwanted—and very nasty—mob connections, which means Elvis could be opening an East Coast branch of his P.I. office...at the bottom of the Hudson River.

“Elvis [Cole] is the greatest . . . [ he is] perhaps the best detective to come along since Travis McGee.”—San Diego Tribune

“[Crais is] far better at the private-eye-novel racket than most writers.”—Newsweek

Robert Crais is the #1 New York Times bestselling author of twenty novels, sixteen of them featuring private investigator Elvis Cole and his laconic ex-cop partner, Joe Pike. Before writing his first novel, Crais spent several years writing scripts for such major television series as Hill Street Blues, Cagney & Lacey, Miami Vice, Quincy, Baretta, and L.A. Law. He received an Emmy nomination for his work on Hill Street Blues, and one of his standalone novels, Hostage, was made into a movie starring Bruce Willis. His novels have been translated into forty-two languages and are bestsellers around the world. A native of Louisiana, he lives in Los Angeles.